If you’ve ever been on an overseas trip where everything goes horribly wrong, Mister by Alex Kurtagic is all that, along with devastating social commentary about Europe run into the ground by globalist misrule.  The book turned out to be a fascinating read, much recommended.  Even despite a few slow spots, I found that I couldn’t put it down.  The title references the protagonist, who throughout the book remains unnamed.  Perhaps not giving him a name (and thus a fixed identity) subtly suggests that THIS COULD BE YOU one day.  It’s much like how Orwell’s character Winston Smith is evocative of a British Everyman.

Still, “Mister” isn’t quite Everyman.  He’s an IT consultant with two doctorate degrees, became a successful self-made businessman, is cultured and refined, and he has a very high IQ.  Moreover, he fully realizes that he’s exceptional, which makes dealing with stupid people all the more grating.  As it happens, the stupid have been proliferating quite rapidly.  As I read it, it wasn’t clear if this was a biting satire of what Europe had become at the time of writing, a grim prognostication of the not-too-distant future, a sequel to Jean Raspail’s prophetic 1975 book Camp of the Saints, or a prequel to the movie Idiocracy.  Really, it’s all the above. 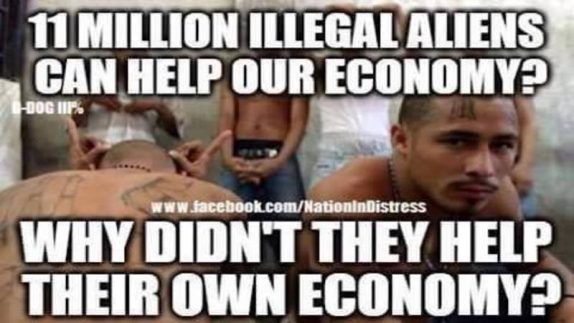 Furthermore, as an early member of Generation X, he remembers when Britain used to be British.  (So do I, which I’ll discuss in a later article.)  Because his country has been going to hell, he moved to the countryside in a pleasant but fortified house to escape encroaching vibrancy.  More to the point, since the book is set in Spain, he remembers the Franco administration as the good old days.  He sees that not only did the globohomo Eurocrat government wreck the orderly and functional country he remembered from a visit during his youth; they even had the bad taste to destroy monuments from that era.

The Madrid he finds himself in during his ill-fated business trip is Spain by geography only.  As for the population, it’s a chaotic multicultural goulash full of urban Orcs gnawing on the carcass of Western civilization.  The novel’s description is not so different from what major cities in Western Europe already are in the real world.  Years back, I saw the Paris subways for the first time and immediately wondered, “Where are all the French people?”   On the same trip, I visited Barcelona too.  Although I was greatly impressed with the architecture and the native culture, I was taken aback to see so many undesirable migrants who didn’t belong, didn’t fit in, and were there to mooch off the welfare system.  Francisco Franco wouldn’t have put up with that for a minute.

Further, society as depicted in the novel has become a dysfunctional wasteland from “tax and spend” bureaucrats gone wild, the economy going down the toilet because of that, totalitarian political correctness (they even made Christmas illegal), crumbling infrastructure, security theater, and mass surveillance.  Simply put, it’s anarcho-tyranny.  Moreover, he encounters rampant crime, food that’s barely edible (at best), overcrowding, pollution, epic traffic jams, and massive incompetence due to declining IQs.  In other words, all this is basically what Euro-Absurdistan is quickly becoming, because the EU is being run by crooked politicians who get their “campaign contributions” from the globalists.

The narration from the protagonist’s point of view is highly politically incorrect and minces no words.  For example, the following is a description of some MS13 gang members who look like trouble.  Indeed they are trouble, because they rob him soon afterward:

From an evolutionary perspective, XIXth century physical anthropologists would have deemed the faces to have evinced a number of archaic traits:  prominent supraorbital ridges; maxillary prognathism; strongly proclined upper and lower incisors; projecting, zygomatic arches and alveolar ridges; and low, sloping foreheads, fronting brachycephalised skulls with negligible cranial cubicage.  These traits appeared in a chaotic array of inharmonious configurations, suggesting that they were a product of irresponsible miscegenation among developed subspecies of humanity, and, within that category, among the most degraded, and least promising, specimens from Central America.  Italian criminologist Cesare Lombroso would have found in their traits – the atavistic stigmata affecting their physiognomical, phrenological, and craniometrical characteristics – brutal and inequivocal confirmation of his theories on the heritability of criminality.

This is from the perspective of someone far on the right of the IQ bell curve, viewing a teeming cityscape full of morons.  As one can see, this isn’t light reading, though it’s not as dense as Middlemarch.  Also, much of the dialogue is in Castilian Spanish.  I was surprised to find that I could read those parts, although I’ve merely picked up an elementary understanding of Southwestern US Spanish via osmosis.

Then things really get vibrant when he has to venture a couple of times into one of Madrid’s “no-go zones”, a common feature of European cities lately.  Throughout the book, he’s disgusted and horrified by what he experiences and endures.  In personal interactions, he expects basic respect and decent customer service, and he doesn’t suffer fools gladly.  On the other hand, he’s quite timid about confronting the problems facing society. 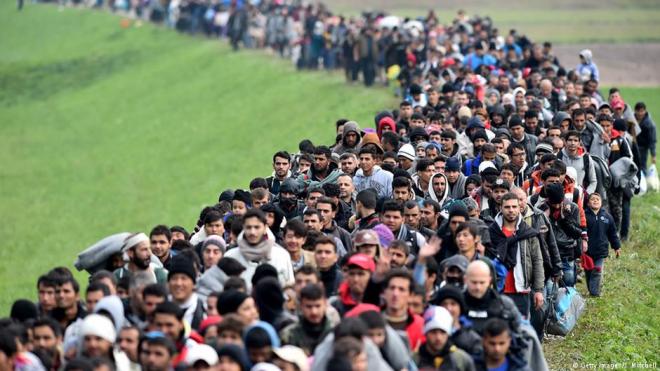 For years, the protagonist has known that things were going deeply wrong.  However, he’s merely Purple Pilled, and believes that his affluence will insulate him from Euro Clown World.  He hasn’t lifted a finger to change things, which proves to be his tragic flaw.  His approach thus far is:

Best to keep quiet, make money, and live well, and be safe.

This does not end well.

Eventually he finds himself in political trouble, and is arrested and treated worse than a common criminal.  Prosecutors who get a hard-on for someone are nothing new, but the munchkin who interrogates him is a real piece of work.  The more that the protagonist tries to explain himself, the more the interrogator reads volumes into it.  Even St. Thomas More wouldn’t have done much better a job of defending himself.

Note well, if you ever find yourself in the judicial system’s meat grinder, the bad cop isn’t there to “give you one last chance to clear things up for yourself”, and the good cop isn’t your friend.   Save any explanations for the courtroom.  The purpose of interrogation is to get you to give information to build a case against you, even if this means twisting your words.  Therefore, the only rational thing to do is KEEP YOUR MOUTH SHUT.

The scenes that follow would do Kafka proud.  It turns out that they have a mountain of dirt on him, thanks to police state domestic spying that’s already in place in the real world.  (Did I mention that THIS COULD BE YOU one day?)  However, almost all of it is guilt by association, and very tenuous at that.  Still, they made a mountain out of a molehill, and he contemplates being sent to a gulag to be released when he’s elderly if he’s lucky.

Following this, he has his moment of clarity.  He made a mistake not having children, so that he and his wife could enjoy a higher standard of living.  Their high IQ genes will die out with them, and meanwhile the morons have bred like rabbits.  Unfortunately, it’s a common mistake leading society down the path of an Idiocracy scenario.

Furthermore, he failed to stand up and do something about Euro Clown World taking shape back when there was a chance to reverse course.  He could’ve used his intelligence to strategize about how to thwart the globalists.  He could’ve connected with like-minded people.  Instead, he’s put up with every encroachment without raising hell about it.  He feared that taking a stand would cause him to lose respectability as a businessman.  It’s a legitimate concern, and a very common one in the real world.  Still, if nobody has the balls to resist, then things only will get worse and worse.

Learning to live with the state of the world, and insulating himself as best he could from its continuing deterioration, had been the least risky and therefore the most rational choice.  He had reasoned that, provided he did not rock the boat, kept his grumbles private, and voted with his wallet, he would be able to live his life in relative comfort, irrespective of how bad things got out there.

That’s not how it worked out, did it?  He’s filled with regret that he did nothing to try to save his civilization.  I’ll add that if you do nothing, THIS COULD BE YOU one day.

Who stands against the globalists?

In the novel, there actually is some opposition.  It’s not clear how powerful they are.  The media talking heads frequently blame them for The System’s own failures, though it’s pretty clear that they’re overstating things.  The resistance does have some resources and are mostly successful at outwitting all the domestic spying measures.

Other than some colorful individuals who make brief appearances, the dissident right includes Pagans in the tradition of Miguel Serrano, as well as fans of neofolk, martial industrial music, and black metal.  Serrano’s basic doctrines are mentioned in the novel.  He created a rightist interpretation of theosophy and had much to say about German Haunebu saucers and Antarctic bases.  I’ll add that this version of UFOlogy has considerably more panache than the well-known crystal weenie New Age variety.  I don’t believe in any of that, but I sure had fun bringing it to life in Space Vixen Trek Episode 17; my fellow deplorables, whether or not they’re into Serrano, will love that one.

This rightist opposition as depicted seems to be an atypical one.  I’ve never met any of the Serrano crowd, although I became deplorable three decades before Cupcake called us a “basket of deplorables”, bless her heart.  As for the black metal folks, they do have a following in Europe, but it’s UKIP, AFD, FN, and so forth who are at the forefront of resistance to globalism.  Given the setting in Madrid, I would’ve anticipated some others in the resistance too, such as Falangists and fans of Rock Against Communism bands from Spain like Estirpe Imperial, Division 250, Celtica (Mara Ros for the win!), Iberian Wolves, and so forth.   I jam out to their tunes all the time, which perhaps accounts for my unexpected comprehension of Castilian Spanish.

Finally, once again I’ll highly recommend Mister, if you can locate a copy of it.  Hopefully there’ll be a reprint, or a move to print-on-demand.  I’ve spoken out often to show that apathy and retreating from problems doesn’t get you anywhere, so it’s always good to see efforts along similar lines.  For Purple Pilled folks who know that something’s wrong but think that resigning themselves to their fate is an option, or Yuppies under the illusion that moving further out to the suburbs will insulate them from Clown World, this will knock them off the fence.

One thought on “Book Review – Mister by Alex Kurtagic”

"What, indeed, is a state, if it is not an association of citizens united by law?"

For a Free and United Vermont Republic